Neighbors, Commissioners and City/State Staff joined in the unveiling of a Florida Historical Marker at Woodlawn Cemetery. The cemetery, which is listed on the National Register of Historic Places, dates back to the 1920s during a time when African-Americans were not allowed to be buried in traditional cemeteries. It served as the final resting place of many of Fort Lauderdale’s pioneering African-American residents whose contributions played a significant role in the development of the City. 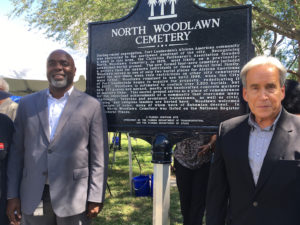 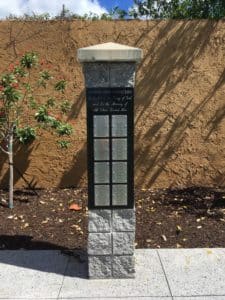 Stone Columns with the names of family members 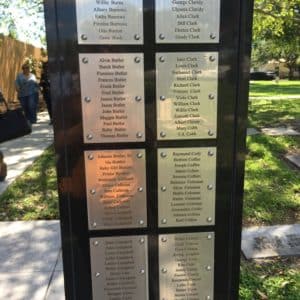