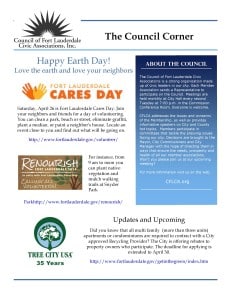 For those members who are concerned about the location and operation of Sober Houses in your neighborhood, you should be aware that legislation regarding Sober Houses is moving in Tallahassee. Below is a summary of the legislation which deals with certification of operators. We will have an update at the April 8 General Membership Meeting.

Legislation Regarding Sober Homes Moving in Tallahassee
SB 582 by Senator Clemens and HB 479 by Representative Hager, would allow for the regulation of sober house transitional living facilities by requiring annual registration with the Department of Children & Families by sober house transitional living homes to operate in the state and provides a criminal penalty for operating without a valid certificate of registration. It defines “recovery residences,” “registrable components” and “residential dwelling units.” The registration fee is capped at $200 and authorizes the department to conduct inspections, issue, deny, suspend or revoke a certificate of registration for a sober house. Personnel of the sober house transition home would be required to comply with level 2 background screening. The bill also sets forth requirements for advertising a sober house transitional living home. Lastly, the bill provides an exemption from certification for sober house transitional living homes licensed by the department as a residential treatment facility offering level 5 treatment program or one that serves and is licensed as a community housing component of a day or night treatment facility. These licensed facilities are also exempt from the September 1, 2014, application for certification deadline. SB 582 was not heard this week. The companion bill, HB 479 will be heard in the Health Care Appropriations Subcommittee on 3/31
Track Senate Bill SB582 here:
http://www.myfloridahouse.gov/Sections/Bills/billsdetail.aspx?BillId=51611
Track House Bill 479 here:
http://www.myfloridahouse.gov/Sections/Bills/bills.aspx

The City is proposing a new policy regarding Citizen Initiated Street Name Changes. Please read it before the next meeting on May 13. If you have questions or comments send  us an email at Contact CFLCA 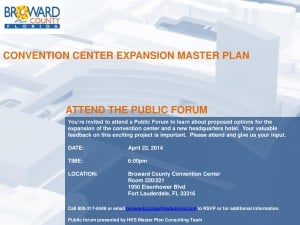 Article in the Sun Sentinel regarding intimidation of public participation 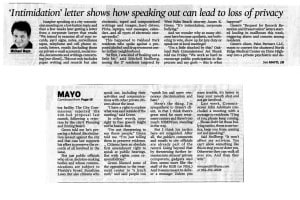 Adopted Ordinance regarding Guidelines for Speaking at Public Meeting

Check out the CIty’s priorities and management report for 2014

Let’s Take a meeting to catch up on State Legislation and City Ordinances. They’re not as entertaining as Guest Presentations, but ultimately they are more important to our quality of life.

Members for 2014 and Reps and Alts

Notice of vacancy for Recording Secretary, Call for Volunteers

and holding an Election in May to fill the vacancy

Oakland Park Article regarding intimidation of people at public meetings

Guidelines for the Conduct of Public Hearings

Dropping of Slap Suit against CBA

Next General Membership Meeting May 13 2014

1)    Call to Order:  The meeting was called to order by Marilyn Mammano President 7:30 PM.

3)    Review and Acceptance of the Minutes:  Minutes of the September and October meetings were deferred.

5)    Police/Fire Report: Officer Detrict described the changes to the Police Department command structure, which should not impact neighborhood policing

6)    Guest Introductions:  Hardeep Annard, Public Works Director gave an overview of the city’s Storm Water management planning and discussed the City’s Swale Program.  Money is available to reclaim and redesign swales to make them an integral part of the system.  Neighborhoods that are interested in participating in this program should contact Hal Barnes.

Hal Barnes distributed save the date cards for the Neighbor Support Night (City Hall Open House) on February.  The Council will co sponsor this event.  Doug Sterner is the contact person for this event.

Legislative Committee is working on connecting with upstate legislators who are interested in restoring home rule on the issue of regulating Short Term Residential Uses.

The Executive Board met with the City Attorney on the issue of Slap suits and public participation in at public hearing and before Boards. The City Attorney is preparing guidelines to be adopted by the City Commission.  Our major concern is giving neighborhood representatives adequate time to present their position at public meetings. We will keep on top of this issue.

Anyone who has suggestions for Citizen of the Year should get in touch with any Board Member.

We will collect food for the Pantry of Broward at the December 10 Meeting/Holiday Party.

Dennis Ulmer distributed a report on the South East Florida Climate Change Compact. Members are encouraged to read the report and discuss it with their neighbors. We will send copies of the report to all members.