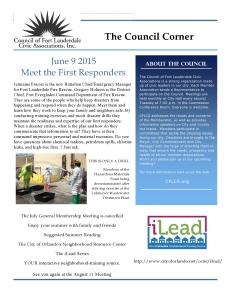 REVIEW AND ACCEPTANCE: Meeting Minutes of May15, 2015*

Steve Buckingham Update Status of the Consensus Report on Density

Notice of Nominations for Recording Secretary and Election in August

You can now review  the Draft Minutes of the General Membership Meeting of April 12 2015.